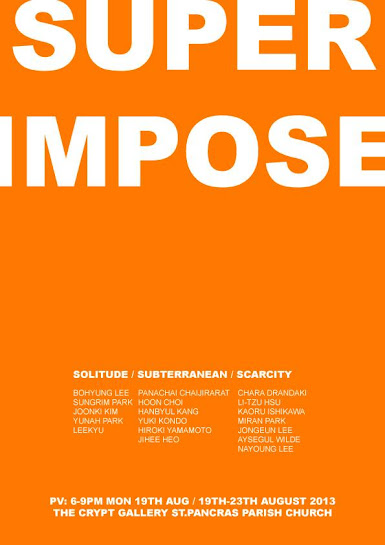 The exhibition was initiated by a group of artists who currently doing their MA fine art at Chelsea college of art and design and a recent graduate with a mission to connect each individual artist to explore relationship and potential language between their works especially outside the frame of the art school.

The exhibition occurring 19th-23rd August that is 2 weeks before Chelsea college of art MA degree show with the intention to investigate a possibility, a potential, a hidden messages that would happen from superimposing and juxtaposing of the two shows.

In other word this is the exploration of the relationship between work produced and being produced, work unframed and framed by institution, the dialogue that could occur in between them ,can the language of external structure support or undoes the internal one.

It is an attempt to investigate works that arise from stable structural environment yet disseminate within the fluxion of the public gallery discourse. Can such occurrence resonate back to the upcoming work/show that will occur within the institution itself.

According to its definition “Superimpose” suggested as a layering between covered and un-covered that is it implies the historical context of the crypt gallery as a former coffin burial ground and a shelter in World War II, the underground world that exists as a parallel yet hidden beneath the surface of the earth.

Besides within the exhibition there are 3 sub contexts which constitute and co-exist within the show.

That is to say it is a form of structural overlapping, overlaying and superimposing each other

The 2013 Interim Show will feature works from MA Fine Art full-time students and second year part-time students and will include works-in-progress, experimentation, risk, provocation and play through media ranging from installation, sculpture, painting and drawing to film, printed matter and performance art.

Alongside the exhibitions in the Triangle Space and Cookhouse the Interim Show will include for the first time an opportunity for artists to screen moving image work in a cinema environment. The screenings will take place on Friday, April 12th and Friday, April 19th from 5pm - 8pm in the Lecture Theatre.

Over the course of two weeks the eclectic works of over one hundred Chelsea MAFA students will be brought together for a unique opportunity to build a platform for seeing their works in dialogue with one another. Creating two distinct exhibitions in which the whole speaks as loudly as the individual works that comprise it. Maintaining individuality whilst focusing on this rare chance to bring them together, showcasing innovative and groundbreaking works by a new generation of artist.

The show will feature works from Chelsea MA Fine Art full-time students and second year part-time and includes some of the very best of London’s new generation of artists; works-in-progress, experimentation, risk and imagination through medium ranging from installation, sculpture, painting, film to performance art. 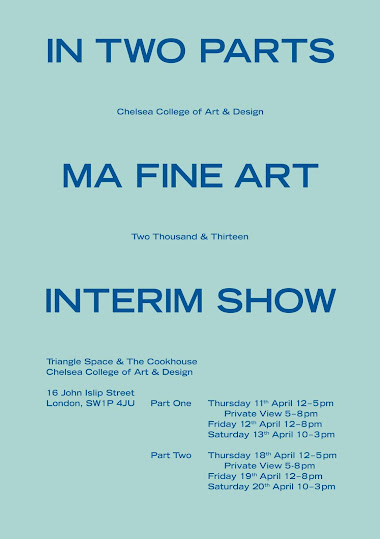 BUILD A HOME is a series of art installations collaborations between the youth of Muhsiang Children’s Home and Bright Side Projects. 14 creators from diverse backgrounds were asked to brainstorm alongside the children to brighten MuHsiang’s new home. This resulted in the artistic beautification of bedrooms and spaces that were meaningful on a personal level for those that would grow and dream there.

Over the course of a short six weeks starting in July 2014, creators from diverse backgrounds joined the summer journey in a series of intimate moments integrating painting, weaving, food, yoga, photography, pinatas, and barbeques to forge new friendships. Bright Side Projects hopes that the new home fosters memories springing from the friendships born and solidified this summer. We should also realize each of us are empowered to influence and create not only the home where we reside, but the world we live in. 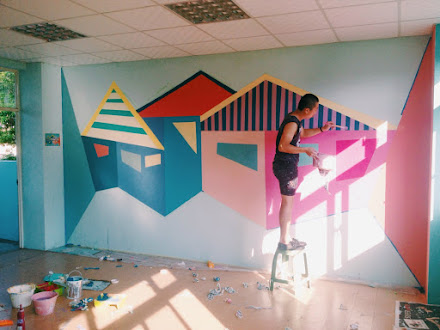 Crisp pictures by Li-Tzu, HSU. If you keep any of the pictures in your final website, please keep this credit too, thanks.